Its a Work of Art: Monkeys in the Museum

Have you ever heard the term 'Milk it for all its worth?'. Well, it isn't something that we would normally make a habit of, but how often is it that your clothing ends up in a museum? Hardly ever and possibly never ever again. Well that's exactly what has happened and our Northern Monkeys tee is now available to purchase in the National Football Museum that is now in its new home of Manchester. 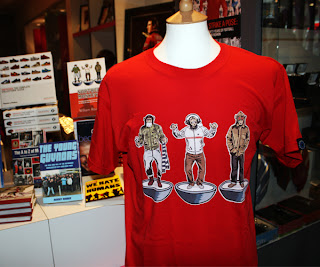 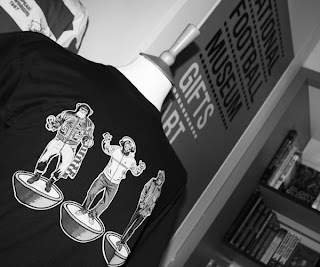 Of course we can't take full credit for this, as it happens to be one of the designs in our current collection that wasn't illustrated by us and was in fact drawn up by the multi-talented Peter O'Toole who was initially commissioned to do the cover artwork for the Northern Monkeys book. This tee is also part of a collaboration with William 'Bill' Routledge and the Northern Monkeys team who have also played a massive part in all this.

The Museum currently has a great little exhibition on that focuses on the 'Terrace Trends' that we have seen on and off the football terraces throughout the eras. So its a must that you get yourselves down there and visit. Its free admission and you can of course pick up some smashing souvenirs whilst your in there! 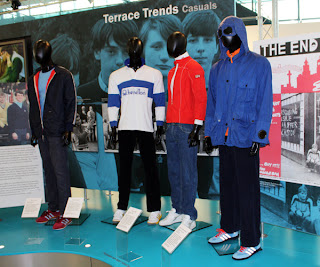 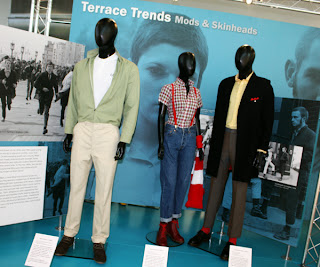 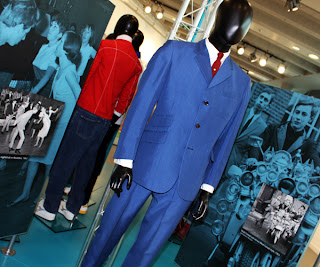 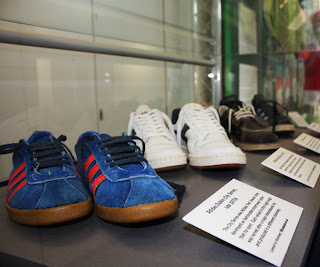 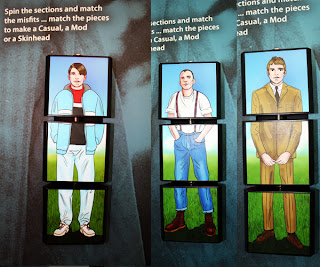 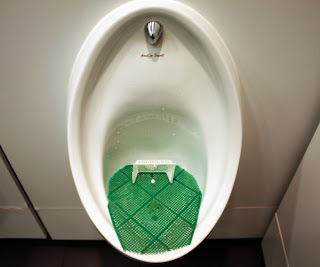 Don’t Judge A Book/Tee By Its Image: the Northern Monkey tee 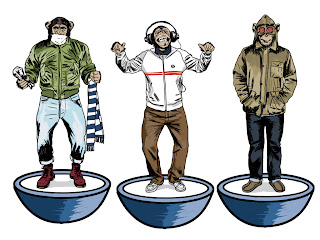 “Northern Monkey: used as a pejorative in the south, relating to the supposed stupidity and lack of sophistication of those in the North of the England”
Don’t judge a book by its cover: well I hope you won’t/will do with mine. Northern Monkeys is a labour of love that I congealed over the past three years, and rather than go in to great depths about the book, check out the books homepage instead  www.northernmonkeysbook.com What I will do though is enlighten you about is the 3 monkeys on the cover/tee.

The 3 monkeys' names are often quoted as Mizaru, Mikazaru, and Mazaru, which have Japanese origins. There are various meanings ascribed to the 3 monkeys and the proverb including associations with being of good mind, speech and action or they are sometimes referred to those who deal with impropriety by turning a blind eye.

Only the cover of the book has/hasn’t an agenda. This being, the 3 monkeys reflect 3 stages of my dressing at the match over 3 decades, and beyond. Since the Sixties wearing certain clobber for the match came to the fore. Meaning, you wore different togs for the terraces to what you wore for a night on the tiles. This began with the donning of donkey & old military jackets, butchers coats daubed in painted on slogans, hobnail boots and the obligatory club scarf. Then came the skinhead look in the late-Sixties that morphed into the suedehead and smoothie look over a short period of time when entering the early/glamorous Seventies. Long hair, tight tops, wide pants and high shoes came and went when punk arrived; then the second coming of mod and so on as the Eighties arrived. Only during the latter part of the Seventies, Soul Boys had began setting standards of their own and the early forms of the Casual/Dresser were emerging... Anyway, if you wanna read more on those subjects, buy the book, please. 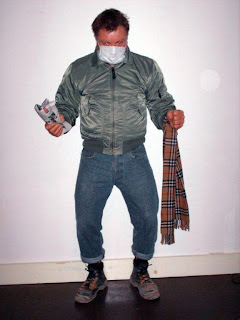 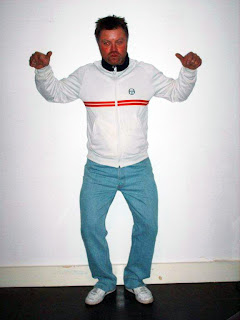 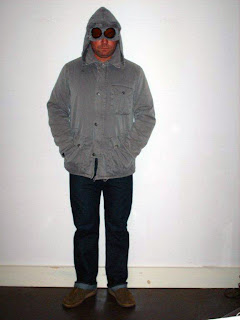 The images were drawn by Peter O’Toole - have a gander at Pete’s site/artwork it’s cooler than a polar bears turd  http://www.peter-otoole.co.uk - though, it were me that posed for the images!  The 3 monkeys depict what attire I myself wore to the match back in the day: starting left to right; the first monkey is shown wearing a MA-1 Flight jacket, which was a must have for any respectable second coming of skinhead in the late Seventies, half-mast bleach splattered jeans, ox-blood DM’s and a North End scarf round the wrist. Also, the monkey has a surgical mask covering its mouth with a lean towards Millwall’s ‘Treatment’ of the same era – speak no evil. Second up; this monkey is supporting a early Eighties sportswear look of Dallas Segio Tacchini trackie top, Lois jumbo cords and Diadora Borg Gold Elite, made of kangaroo skin - a southern slant. But, the monkey is raving to the late Eighties sounds of Madchester with his headphones on – hear no evil. Last, but not least, monkey three of 3; bottom to top is Clarks Originals Trojan/Desert Trek, raw denim Paul Smith jeans and a CP Company Mille Miglia (pronounced, ‘Meal-ay Meal-yah) goggle jacket with the monkey opting to have the hood up and observing life through rose tinted lenses, not – see no evil.

So, I hope I’ve put you somewhat in the picture of what the images/T-shirt represents? If not, are you from down that south?

Craig has informed me he will be stocking a red version of the T-shirt in his shop, CLOSER Than MOST in Manchester, and it will be available online too very soon – please keep checking back daily for updates. 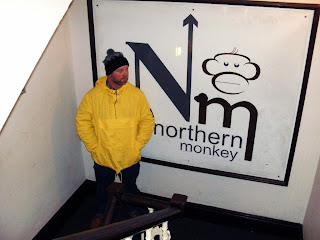 Your Northern Monkey correspondent, Bill
Posted by Unknown at 03:13 No comments:

Well, we are still here. The end of the world hasn't yet happened which means its onward and upward as far as we are concerned. We have had a busy period which has led us to somewhat neglect the blog a little.
But we are back on track now, we promise.
Heres a small list in pictures of just some of things you have to look forward to from CLOSERThanMOST® in the early part of this year.

After the great success of the competition. and the lucky winner having bagged  #1 of the print. You can now officially buy the remaining 49 in our online store. 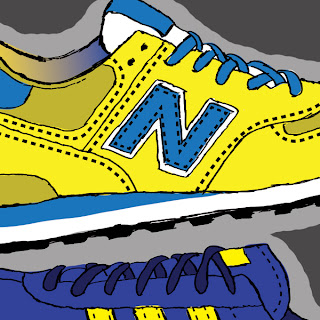 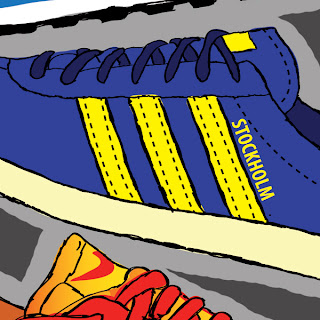 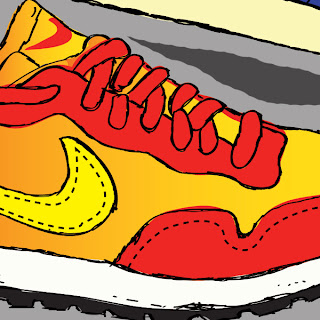 Thats right. We have decided to have a little Christmas giveaway. You have the chance to win one of our 'Down to Earth' tees and the first print(numbered) of the 'Classic Trabs' artwork.
And you don't even have to answer any questions or do a little dance for us or anything!

You can find details on how to enter by clicking the link below. 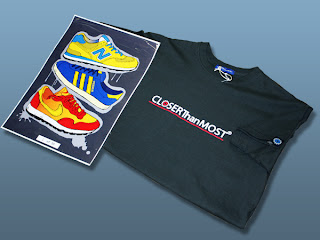 If youve noticed already (which we are hoping you have with the square eyes we have acquired plugging the stuff!) we now have two more tees for sale in our online store.
One being the return of the Northern Innovators but this time released on t-shirts after its quick sell out on the sweatshirts. This time round its available on navy/yellow and white/navy colourways.
Our second is our 'Folk!' design thats currently available on sky blue tees. 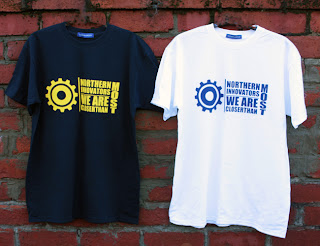 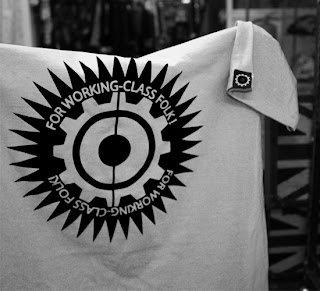 I'm far from an expert on vintage,be it poster art,clocks, or even old vinyl, i'm not all that clued up on the majority of it. In fact, aside from a couple of boxes worth of Italian House and old skool records from my DJ'ing days I think the only other vinyl I own(well,they're still at my Mam n Dads) is 'World in Motion' by New Order and 'It Must be Love' by Madness on 7 inch vinyl. I may even be the proud erm, guilty owner of a Chesney Hawkes single aswell if that still resides with them.(what, I was ten!) And not to forget A Black Sabbath LP that was given to me around the same time.(To score back some man/boy points)
Regardless of the above, what I do know is when I see something that I like or thats easy on the eye.And thats exactly what i discovered at the vintage store So Last Century. Steve, the owner of the store is a vintage guitar enthusiast and also sources and imports Cuban Film posters amongst lots of other vintage garbs. He has a quirky little unit that is crammed full of vintage goodies. Its easily worth a trip there as you literally never know what your going to find from one week to the next.
Steves store is situated on the 3rd Floor of Afflecks Palace.Manchester (right beside us!)
Also don't forget to check out his Facebook group-So Last Century 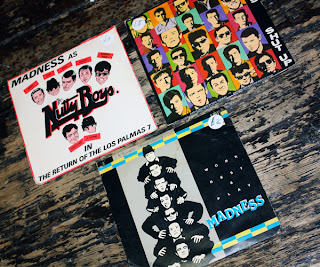 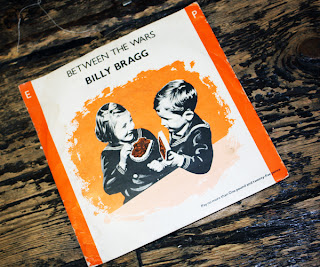 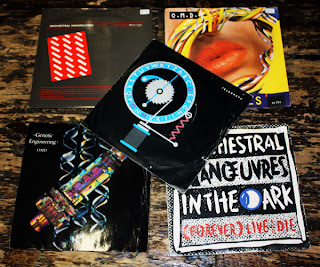 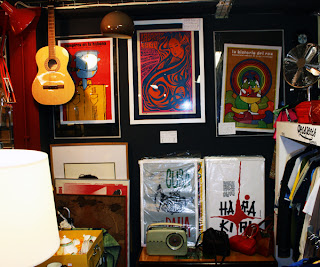 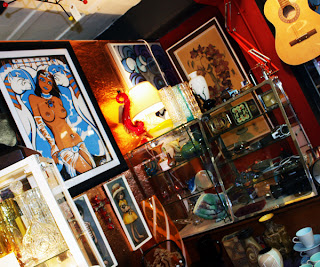 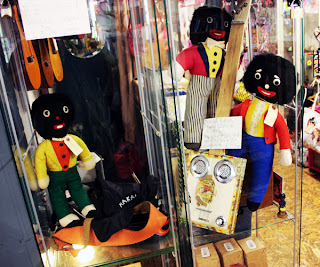 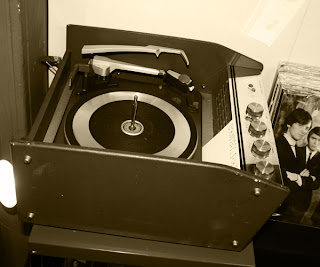 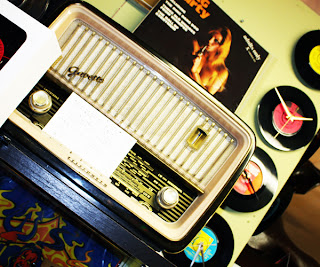